Mr. Barone  specializes in EXPERT CONCERT PITCH TUNING as well as several different forms of temperment piano settings including  the maintenance and repair of all makes of Grand Piano's , including , but not limited to many name brands such as Steinway,Yamaha, Bosendorfer, Baldwin, Young Chang, Samick, Wurlitzer and many more. He is also very familiar with many of the more popular and less expensive spinet , console and upright models as well and also services player disc piano and disclavier models.  Mr. Barone also recommends and installs Damppchaser Systems.

Mr. Barone is also a performing artist and performs locally. He has been schooled in the art of music & performance and can perform , instruct and play seventeen different instruments and is also a style vocalist as well. He has also been a highly respected member of all of the Local Musician Unions and affiliates as well as a previous member of the Screen Actors Guild (SAG) and the ( AGVA ) Actors Guild for the Variety of Artists. Mr Barone has also performed on many national talk shows and television broadcasts including " The Mike Douglas Show , Merv Griffin , The Bob Braun Show & The Miss America & Miss Universe Pageants " telecasts just to name a few.

Mr. Barone has also traveled all over the world performing , teaching and demonstrating musical instrument products for such companies as Panasonic and Technic's ,Yamaha and many more.
Mr. Barone is also extremely proud to have been acknowledged in and has been nationally recognized for his expertise and custom individualized teaching abilities.
He was extremely honored to be included in the accredited and nationally well known publication of
" Who's Who Among American Teachers "  for the 2005-2006-2007-2008 -2009-2010-2011- national publications.

Carl R. Barone is a Certified Master Piano Technician and was the sole owner and operator of CRBMUSIC.COM and CARL BARONE PIANO TUNING. Now owned and operated by Bradley Meholick as of Nov 2018.

Mr. Barone has been in operation and in business since the 1980's.
​Mr Barone came off touring after performing with several national top name acts such as " The Alan & Shane Show " &  " Trademark " ,  2 nationally renown comedy show reviews. Mr.  Barone also performed in Branson , Missouri for one season with a few different local name shows including " Roy Clarks" original theatre and with the "Foggy River Boys" and the " Old Saw Mill Opry " Review.

After leaving the road and settling down Mr. Barone opened his first teaching facility and then retail operation up in Rhinelander located in upper Northern Wisconsin. Mr Barone then apprenticed and studied the art of MASTER piano tuning & temperment settings including all repair's and the art of rebuilding with Dr. Grafton Beasley for several years.

After leaving Northern Wisconsin in the mid 1980's and returning to the greater Western New York area , Mr. Barone re-introduced himself into the local music community and began TREASURE ISLAND PRODUCTIONS and then WWW.CRBMUSIC.COM. 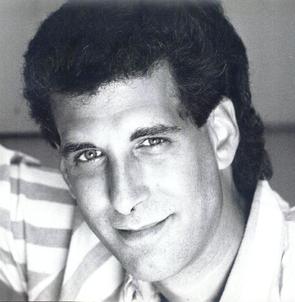 PIANO TUNING ALL ABOUT US 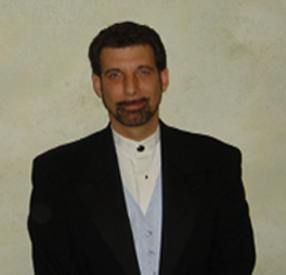